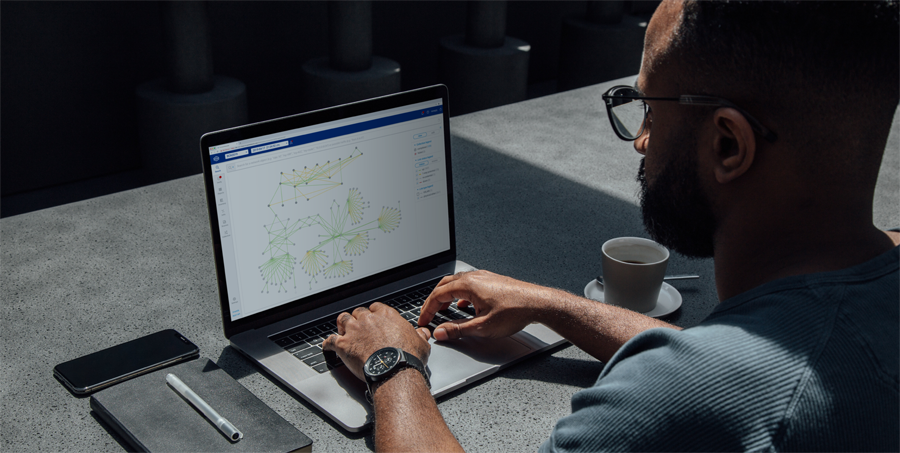 If you wait long enough, as any good procrastinator knows, tasks sometimes drop off your to-do list on their own. Maybe a deadline has passed. Maybe your employer has changed direction or shifted priorities. Or maybe new technology has rendered the undertaking obsolete.
If you’re an IT administrator who’s been putting off learning Python to help automate tedious network checks, then that last reason just might apply to you. So hold off plunking down the deposit for that online class. Again.
Here’s why: Forward Networks has built its Network Query Engine, or NQE, right into its Forward Enterprise platform. Which means you can now write and execute queries in minutes. Without Python – or any other programming language, for that matter.
To write a query in the app, all you need to do is follow this basic, three-step process:
1) Find the relevant fields in your network’s model
2) Create your check, using three basic constructs: foreach, where and select
3) Run the query
If your query executes successfully, it means that everything is as it should be. So you’re done. If it fails, you’ll get a list of the violations so you can go fix things. And once you’re finished, save the query so you can use it again.
You don’t need to keep track of firmware updates or operating system patches – or what any of that means for how the data is expressed. Because Forward Enterprise’s underlying model takes care of that for you.
“From a conceptual perspective, it sounds really simple,” Nikhil Handigol, Forward Networks co-founder, told me.  “And it is – for our customers. But what we’ve accomplished, to get it all to work so seamlessly, that’s very difficult.”
Even before Forward Networks integrated NQE into Forward Enterprise, NQE APIs made it a lot easier to write checks in Python by normalizing results from thousands of switches, routers, firewalls and other network equipment from dozens of vendors. It also transformed the presentation of results, so they were actionable. Of course, there was still the matter of programming to consider.
In-app NQE did more than just obviate the need for programming skills. It’s the gift that keeps on giving.
Take late last year, for example.
In mid-December, less than a month after Forward Networks released in-app NQE, Cisco issued a field notice that obliterated many network operators’ holiday plans. The notice alerted administrators that a certificate bug associated with a dizzying array of Cisco network device configurations had to be fixed by New Year’s Day in order to avoid permanent hardware damage.
Procrastinators who waited until after Christmas to tackle the problem were rewarded. Because a couple of days before the year ended, Forward Networks posted an in-app NQE query on the company’s Github repository that network operators could use to identify which Cisco equipment on their networks needed attention.
“When we posted that query, customers were thrilled,” Fabrizio Maccioni, Forward Networks’ Director of Technical Marketing, explained. “They didn’t have much time to figure out which of their thousands of Cisco devices needed updating. And then suddenly, with our query, they didn’t need a lot of time.”