SANTA CLARA, Calif., Sept. 15, 2021 /PRNewswire/ -- Forward Networks, the industry leader in network assurance and intent-based verification, today announced the company was recognized as a winner of the 2021 SaaS Awards in the category of Best Enterprise-Level SaaS Product. The SaaS Awards is a software awards program which celebrates innovation and excellence across the world, including the US, Canada, UK, Australasia and EMEA. 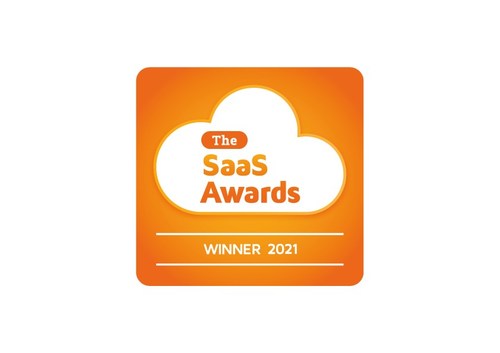 "We are focused on making networks agile, reliable, and secure. Being recognized as  a Best Enterprise-Level SaaS Product is an incredible honor that validates our efforts," said David Erickson, Co-Founder and CEO, Forward Networks. "Our platform helps IT teams proactively manage network complexity and prevent incidents by ensuring network health. We are committed to continually enhancing our platform for improved cloud performance and functionality."
Forward Enterprise collects configuration and state data from all devices on the network and uses a mathematical model to create an exact digital twin of the network for full visibility into topology, search, validate, compare and predict network behavior in a vendor agnostic manner.  This digital twin is a single source of truth for network engineers and allows them to search the network like a database, perform forensic analysis, accelerate troubleshooting, predict network behavior before pushing changes live, visualize on-prem and cloud topology, and trace all possible traffic flows.
"We were very intrigued by Forward Networks' creation of their own distributed compute and search platform to support their product," said Richard Geary, Lead SaaS Awards Judge. "This has obviously worked well, given the huge network complexity the platform is able to effectively model. Customer figures for the reduction in the mean-time-to-resolution for support tickets, and the ability to differentiate against earlier versions of the model to quickly detect network changes are very impressive."
"So far, 2021 has been a year of transformative growth for successful organizations, with disruptive change across most areas of business," said James Williams, Head of Operations at the SaaS Awards. "We've seen a huge growth in awards categories such as Communication, Collaboration and Conferencing--an industry that has seen particularly striking growth as people change their working habits. Congratulations are due for every organization that made the shortlist, but we reserve the utmost respect for all our category winners, whose successes were clear and hard-won."
The SaaS Awards celebrates software innovation and excellence. To view the 2021 shortlist and winners visit: https://www.cloud-awards.com/2021-software-awards-shortlist/.